It is well known that Stalingrad, both the battle and the city, occupy a deeply cherished place in the Russo-Soviet historical imaginary. Through its mythologization as the turning point of the Second World War and the symbolic linchpin of Soviet endurance and prowess, the Battle of Stalingrad has been the recipient of numerous cultural depictions almost immediately since its conclusion some seventy odd years ago. Important instantiations of the myth include Fridrikh Ermler’s The Turning Point (Velikii perelom, 1945), Vladimir Petrov’s Battle of Stalingrad (Stalingradskaia bitva, 1949), Iurii Ozerov’s Stalingrad (1989), and, more recently, Sergei Ursuliak’s 2012-2013 television adaptation of Vasilii Grossman’s novel Life and Fate (Zhizn’ i sud’ba, 1950-59). These works help buffer a national idea in popular culture surrounding Stalingrad, reenacting the historical battle like a trauma in order to produce a coherent past that will serve of use for their respective presents.

In this light, Fedor Bondarchuk’s Stalingrad is no exception. Bondarchuk’s film resurrects Stalingrad for a new generation of cinema-goers, simultaneously claiming the Soviet past for Putin’s Russia while ushering the myth into the style and tropes of international blockbuster action films: high-contrasted color schemes, marbled computer animation, and frequent plays on perspective accompanied by IMAX-3D parlor tricks. The result is a visually impressive film that aims to refashion a particular historical patriotism in the service of contemporary Russian cultural politics.

Stalingrad is perhaps most unconventional in its framing device. Bookending the film is the story of Russian emergency workers rescuing Germans in Japan during the 2011 earthquake that ultimately led to the nuclear meltdown at Fukushima. The Russian rescue worker tells the story of Stalingrad in order to calm the German victim (a strange topic to choose in retrospect). The choice of framing serves two purposes: it passes the torch of honor from the heroes of Stalingrad to those of contemporary Russia, and it foreshadows the eventual reconciliation between Russian and German people after the war. The camaraderie between the Russian rescuer and the German victim is crucial for Stalingrad. If the film at its worst plays with historical fact to indulge its cultural fantasies, at its best Stalingrad provides an account of both German and Russian troops during the battle, thereby confusing the facile “us” versus “them” mentality of most depictions of Stalingrad.

The main plot itself is relatively benign: while fighting the German forces on the ground in Stalingrad, five Soviet soldiers find themselves bunking with Katia (Maria Smolnikova), the sole survivor of the house they have chosen to defend as command central. Austere and honorable Captain Gromov (Petr Fedorov) leads the group; jokester Chvanov (Dmitrii Lysenkov) provides comic relief; the older and war-weary Poliakov (Andrei Smoliakov) mentors the group as a father figure; the fighter Nikiforov (Aleksei Barabash) reveals his softer past as an opera singer; lastly, Astakhov (Bondarchuk, Jr.) stands at the end of the pecking order, a sissy (“tiutia”) with something to prove. The group forms a kind of clumsy family symbolic of the Russian state, with Katia elevated amongst the soldiers to idol worship, an easy proxy for the eternally feminine Russian soul. To make things stranger, the rescue worker from the frame narrative describes this group as his five fathers and mother. While not quite as in Maksim Gor’kii’s story “Twenty Six and One,” Katia is simultaneously revered and denigrated. She is sexualized, the subject of rude sexual comments, and sacralized, her purity reiterating the Russian soldiers’ need to bear arms and defend the motherland. The ambivalence of Katia’s position amongst the soldiers belays her role in cementing the camp’s general homosocial bonding.

The setting of Stalingrad largely within a single house echoes the well-known fable of “Pavlov’s House” at Stalingrad: during the battle, several Soviet soldiers successfully defended a strategically located home from German invaders, thereby securing a strategically vital point on the banks of the Volga river. Several early scenes, in which the Russians fight to claim the house from the Germans, are reminiscent of Petrov’s 1949 take on the subject, with the camera rising and falling on a vivisected house as soldiers in battle rush up and down flights of stairs. Another clear intertext is House 6/1 in Grossman’s Life and Fate; Bondarchuk admits to mining the novel for several key plot points in the film, and the defense of a home by a handful of Soviet soldiers plays a crucial role in Grossman’s retelling. This spatial device provides the narrative with a narrow scope in order to emphasize the close quarters of the city battle rather than its more epic proportions.

The sustained attention to private motives and individual lives in the film mark a clear departure from its predecessors. Although Stalingrad possesses the special effects and thematic girth to produce a story of epic proportions, Bondarchuk has opted for a more intimate film. The film of course does not pronounce any profound truths on the military or the experience of serving, but it does complicate the interactions of German troops with both the Soviet army and the residents of Stalingrad. The main representative of the German camp, Captain Kahn (Thomas Kretschmann) struggles to make sense of his service in the invader’s army while he develops feelings for his Russian concubine, Masha (Ianina Studilina). The film incurs momentary sympathy when Kahn seeks to help the woman whose life has otherwise been destroyed by his presence in her city. The relatively balanced depiction of the battle will eventually collapse, however, into the larger ideological stakes of the film: the moral superiority of the Soviet people over their German enemies just as the Russian worker rescues the Germans underground in Japan, thereby reminding the viewer of the legacy of Stalingrad.

With the recent announcement that Volgograd will now revert to Stalingrad for nine days a year, the mythic status of Stalingrad has successfully been resuscitated for Putin’s Russia. Bondarchuk’s Stalingrad is but one small, showy step toward this Soviet reclamation. While the film did less well than hoped internationally, Stalingrad posted the largest opening weekend ever in domestic cinemas, bringing in $14.3m at the Russian box office. The numbers seem to suggest a domestic audience eager to relive its glory days, history notwithstanding. 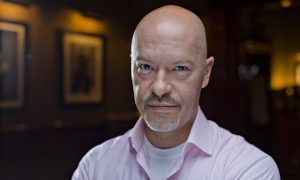 The son of film director Sergei Bondarchuk, Fedor Bondarchuk was born in Moscow in 1967 and is a 1991 graduate of the State Institute for Filmmaking (VGIK). His film career began early with several small acting roles, including roles in his father’s Boris Godunov (1986) and as a sniper in Stalingrad (1989) by Iurii Ozerov, his instructor at VGIK. He made his career producing several music videos throughout the 1990s for numerous Russian performers such as Alla Pugacheva and Boris Grebenshchikov, eventually winning an Ovation award for his work in the field. Although he has acted in many films throughout his career and worked on numerous smaller projects, Bondarchuk began his feature-length directorial début with The 9th Company and has since developed a career built upon the large-scale production of expensive blockbusters.